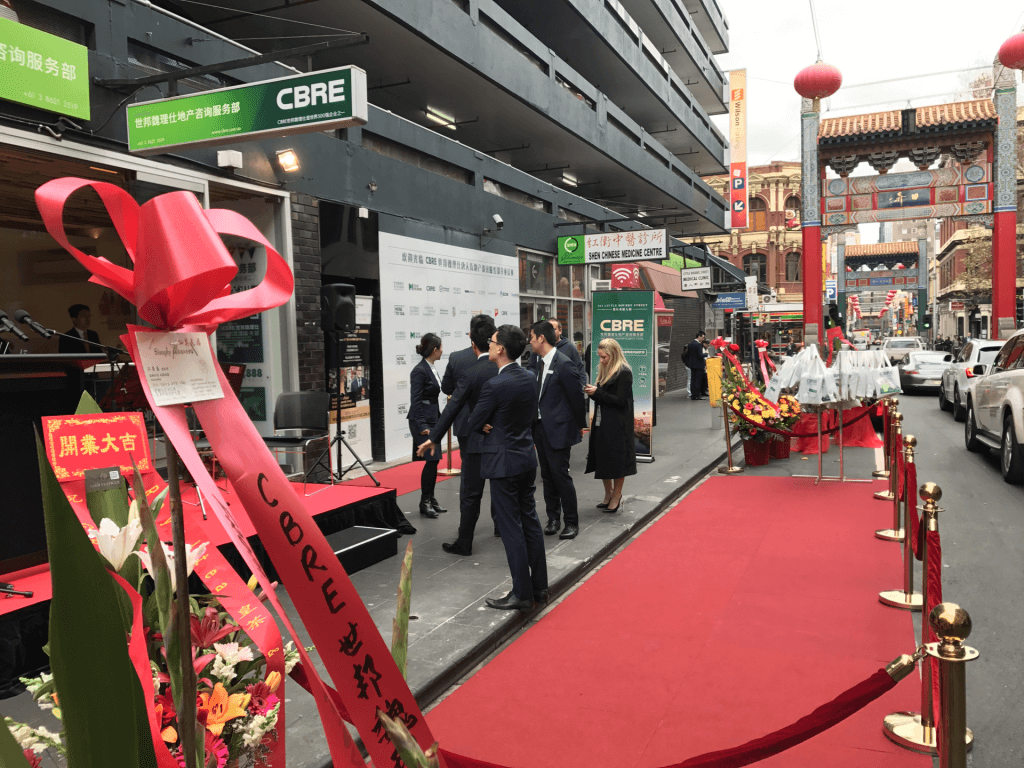 Our brief was to create a temporary presentation area in front of CBRE’s new Chinatown store in what is possibly the busiest laneway in Melbourne.

Located on the corner of Little Bourke and Russell Streets, the new CBRE Chinatown showroom will provide direct support to the Asian community, encompassing a complete range of property services. 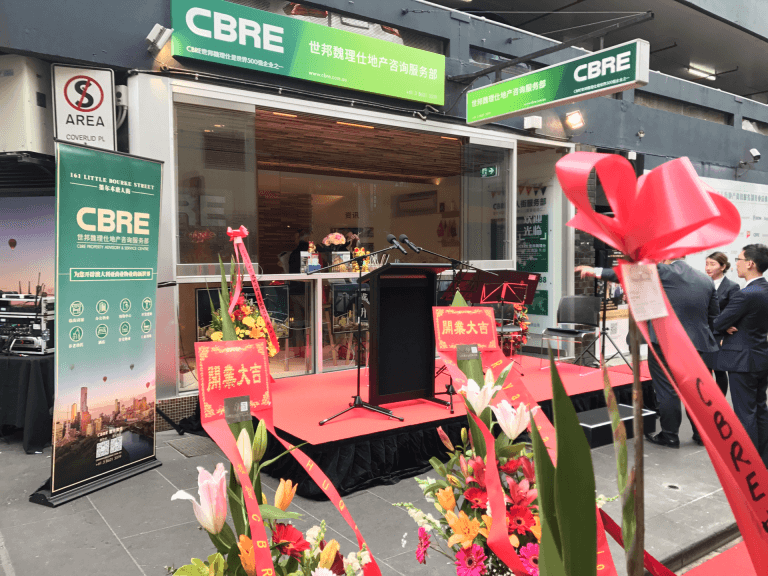 We were asked to provide a risen stage, red carpet arrival area and a sound system suitable for approximately 1000 members of the public in attendance. Keeping with the Chinatown traditional theme colour scheme of red & gold and work alongside traditional lion dancers and members of Melbourne city council.

Conference Audio Visual was responsible for:

Our team worked alongside the CBRE team, florists, a Chinese dance troop and Melbourne city council to deliver and outstanding event.

A stage 4m x 2m deep was provided and topped with a custom cut red-carpet top that was pre-measured off site and adhered to the non-slip surface giving the stage a seamless look.

A discrete PA system allowing for optimal coverage was provided along with a traditional black lectern and wireless microphones. Our team played appropriate background music prior to the formalities. 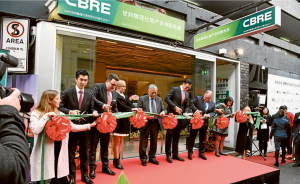 The event was an outstanding success, attended by Melbourne’s Lord Mayor the Honourable Robert Doyle there was over 1000 people in attendance. CBRE’s National Director, Mark Wizel, said the new showroom marked an exciting time for the firm as it continued to build its capabilities in tailoring services to a wide range of active investors as well as those looking to enter the market for the first time.